Parallel-sliding doors and parallel sliding-tilting doors are interesting alternatives to the folding sliding doors. With a forend design, it is possible to realize large openings and thus bring more light and brightness in the living room.

A slight 90 ° turn of the lever and the sliding elements open almost by itself. The carriage and scissors move the sash out of the frame synchronously. For the first time, this version provides a simplified solution (for example, for buildings with frequently changing user groups).

A simple 180 ° movement allows the wing to tilt easily, for the purpose of allowing air into the room, one turn further and the whole door slides easily to the side. This version is used when you do not want to give up the tilt function.

Light and space in a new dimension. Folding sliding doors open spaces in a particularly elegant and efficient way. All door elements are folded to save space and pushed to the side. In this way, each room can be opened in its entire width, for a generous access to the terrace or conservatory.

BiFolding doors by Solarlux can be opened or closed to the exact width you require across the entire opening with just a flick of the wrist. As required, the individual panels glide quietly and smoothly inwards or outwards, or to the right or left. And even when closed the large expanses of glass create a feeling of freedom: the light-filled space and the unobstructed view of the garden 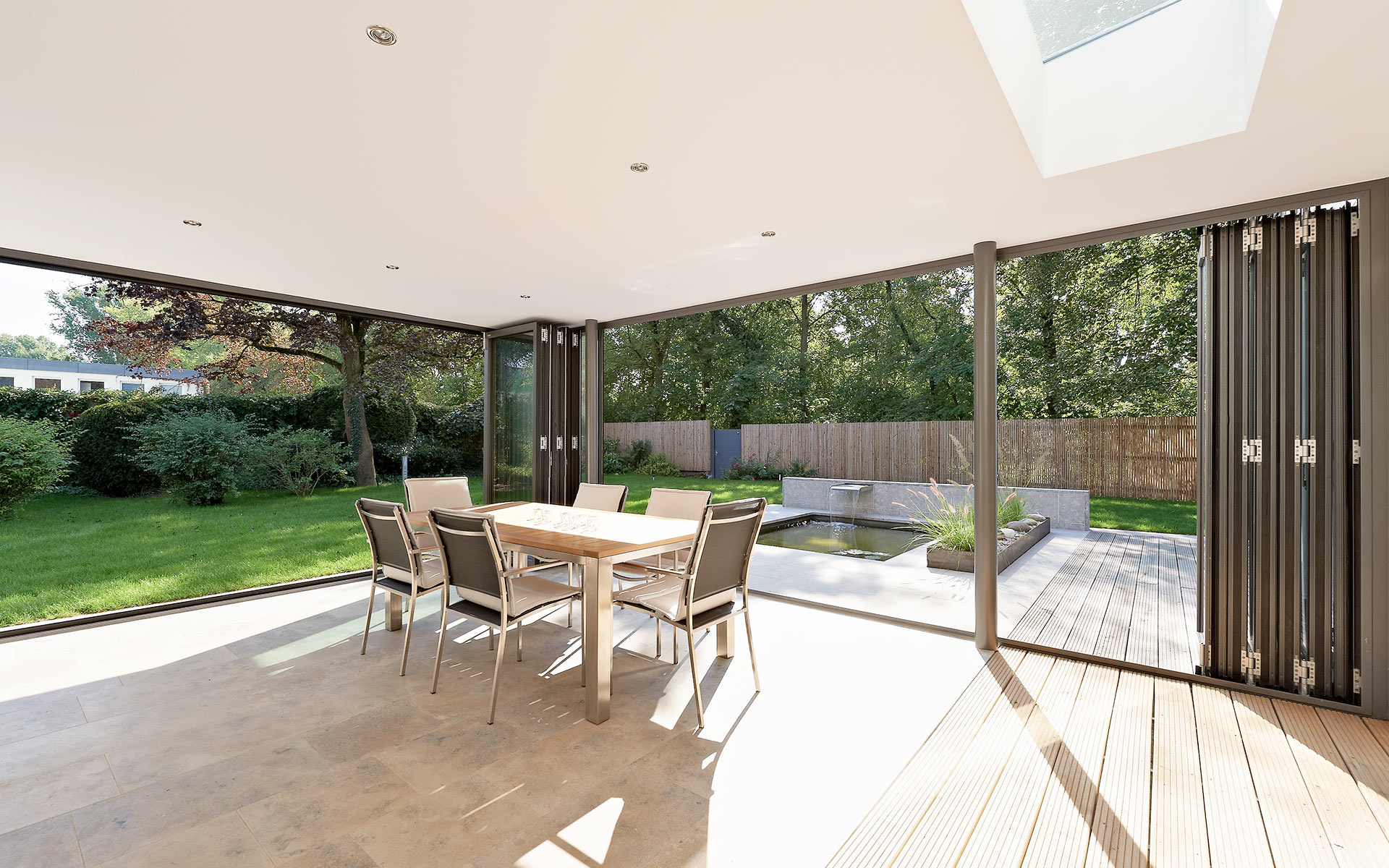